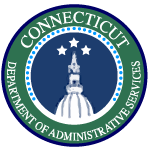 The State of Connecticut, Division of Criminal Justice (DCJ) is responsible for the investigation and prosecution of all criminal matters in the State of Connecticut. It is an independent agency of the executive branch of state government, established under the Constitution of the State of Connecticut. The Division of Criminal Justice is composed of the Office of the Chief State's Attorney, located in Rocky Hill, Connecticut, and the Offices of the State's Attorneys for each of the thirteen Judicial Districts in the State of Connecticut.
We are recruiting for a full-time DCJ Deputy Assistant State's Attorney for the Judicial District of New London Juvenile Matters in Waterford. This position works Monday through Friday, first shift, based on a 40-hour work week, with core hours of 8:00 a.m. – 5:00 p.m.  Note: Salary is subject to collective bargaining agreement.
The Division of Criminal Justice (Division) and its employees are committed to the fair and equal administration of justice in Connecticut. To this end, the Division acknowledges its duty to investigate and prosecute matters within its jurisdiction diligently, ethically and impartially, honoring its constitutional and common law foundations. By ensuring that the criminal laws of the State of Connecticut are enforced fairly and constitutionally, the Division honors the rule of law upon which our nation is founded.  Accomplishing this mission depends upon skill, creativity, and constructive interaction of all Division employees with the law enforcement community and advocacy in the highest traditions of the Office of State's Attorney, the first public prosecutor in America.
A prosecutor is a high public official, who is ethically, honor, and duty bound to seek impartial justice for the guilty as well as the innocent and who, in doing so, is beholden to the law, which demands that no passion, prejudice or resentment be brought to bear in its faithful enforcement.
Through the lens of justice, prosecutors:
The consequences of those decisions can mean the difference between the success or failure of someone touched by the system.
NOTES:

In the Division of Criminal Justice, this class is accountable for receiving training and representing the interests of the state in prosecution of assigned criminal and motor vehicle cases and infractions.

Reviews all documentation relative to assigned criminal cases and infractions and directs supplemental or further investigation; prepares cases for arraignment, selecting appropriate charges, preparing original statement of facts; reviews outstanding defense motions and prepares responses or objections as appropriate; interviews witnesses and victims; evaluates strengths and weaknesses of case in light of above findings; initiates and completes related legal research; responsible for plea negotiation with defense attorneys; conducts pre-trial conferences; conducts jury selection; tries cases before juries, three-judge panels, single judge or magistrate; may prepare appellate material for submission to Chief State's Attorney's Office after conviction; reviews applications for arrest warrants and - upon approval - signs and presents to presiding judge for final review and signature; may review applications for search and seizure warrants; maintains liaison with and functions as resource to state and local police; advises victims of crimes as to their rights and directs them to the appropriate supportive agencies; defends petitions of habeas corpus including preparation of pleadings, argument of motions, and trial of action; if a member of the Appellate Unit, defends appeals brought by convicted defendants before the Appellate Court and Supreme Court; performs related duties as required.

Deputy Assistant State's Attorney shall, at the time of appointment be an attorney at law with membership in good standing with the Connecticut Bar.

AN AFFIRMATIVE ACTION/EQUAL OPPORTUNITY EMPLOYER
The State of Connecticut is an equal opportunity/affirmative action employer and strongly encourages the applications of women, minorities, and persons with disabilities.


The State of Connecticut is an Affirmative Action/Equal Opportunity Employer and strongly encourages the application of women, minorities and persons with disabilities.